Bitcoin! To regulate or not to regulate?! 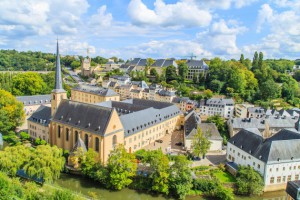 After having introduced the topic of “bitcoin” and how it could potentially relate to microfinance or support digital finance in developing countries (I am still not convinced, but am happy to be convinced otherwise), I now want to let you know about an article written by Jean-Louis Schiltz, a guest professor at the University of Luxembourg and legal advisor to several virtual currency companies (since his first involvement with bitcoin through MIT Media Lab, in which he examines whether it is possible for one place to emerge as the world’s bitcoin hub and whether regulation will have a hand in this.

Different countries, different applications: The UK is the course of determining what parts of bitcoin businesses should be regulated and how. In the New York, they have recently adopted a regulatory framework specifically for virtual currencies. Other jurisdictions decided quite some time ago to regulate large areas of bitcoin activity. One example of such a jurisdiction is Luxembourg.

Luxembourg’s regulator, the Commission de Surveillance du Secteur Financier (CSSF), has been at the forefront of the move towards regulating bitcoin announcing on Valentins Day 2014 that professional bitcoin actors must be regulated.

Firstly, it stated that virtual currencies are considered money just like fiat currency and, secondly, it recalled that no financial activity can be carried out in Luxembourg without authorization from the financial regulator.

One key message from the CSSF to the bitcoin community was to warn them not to try to set up businesses in Luxembourg that would not pay attention to regulation. Bitcoiners have since been on notice that they would not be allowed to develop their business in a Wild West environment in Luxembourg.

Perhaps more importantly, by issuing its statement more than 15 months ago, the CSSF gave bitcoin companies the basic regulatory recipe for success.

In its statement, the CSSF outlined a number of basic principles that remain valid and might now even be considered mainstream principles for digital currencies in the light of the recent New York regulations.

This is particularly true with respect to the regulatory status of exchanges. Despite the fact that the term ‘exchange’ cannot be found in the CSSF statement, the Luxembourg regulator describes possible categories of regulated activities such as issuing means of payments, provision of payment services and setting up markets or platforms.

Moreover, in the final sentence of its statement, the CSSF advises bitcoin actors to define their business purpose and activity in such a way that the regulator would be able to immediately determine what categories of regulated activities the entity would need to be licensed to conduct its business in an orderly fashion.

While perhaps slightly elliptic, this final bit of advice does not only constitute a clear pro-regulation statement, but also establishes that, depending on their activities, bitcoin actors might well become payment institutions, electronic money institutes, markets or multilateral trading facilities under the Markets in Financial Instruments Directive, or possibly even banks in a few months or years.

It is also interesting that, unlike New York, the CSSF did not put in place or invent one or more new categories of regulated entities, but rather applied existing EU rules to new types of businesses.

Further, its statement implies that risk mitigation, in general, and anti-money laundering concerns, in particular, are better addressed in a regulated environment than in a non-regulated one.

The same is true for consumer protection, even though we are never going to have a zero-risk world for bitcoin consumers. But, risk exists in the real world (as opposed to the virtual world) and in the old e-commerce world, too.

Remember, no one is obliged to do business, or get involved as a consumer, with virtual currencies, and that is a major difference between virtual currency and fiat currency.

So, considering what this means for financial inclusion or financial System Development… not much yet. I guess first developed financial markets will have to find out how to deal with this new currency only then can we think about applying it in a world with less Internet capacity, less Client financial education, and less sophisticated end-user devices. But let’s see… maybe I am completely wrong.