Financial inclusion – even though it sometimes feels like a Sisyphus job…. 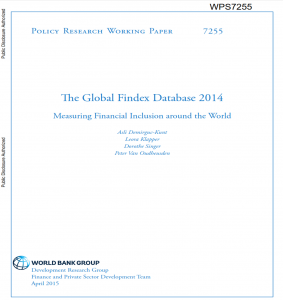 However, I must say I felt happy after reading the recently published Global Findex Database 2014. The document presents the current state of financial inclusion and even though we are still missing 2bn people currently unbanked (of which 1.1bn are women), we still were able to provide 700m people with bank or mobile money accounts between 2011 and 2014. So how did this happen?

Evidently the results of the  100-page report are difficult to bring down to a short blog, but I tried to summarize the main Points and the things which I found personally interesting: 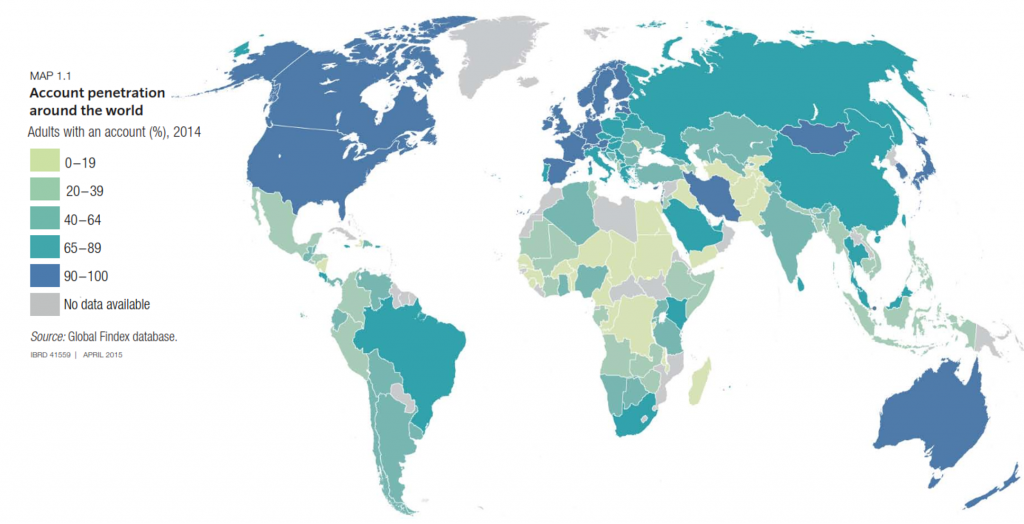 Ninety-four percent of adults in OECD-economies reported having an account in 2014. In developing economies only 54% did. Account penetration ranges from

The Global Financial Inclusion (Global Findex) database provides in-depth data showing how people save, borrow, make payments, and manage risk. It is the world’s most comprehensive set of data providing consistent measures of people’s use of financial services across economies and over time. The 2014 Global Findex database provides more than 100 indicators, including by gender, age group, and household income. The data collection was carried out in partnership with the Gallup World Poll and with funding by the Bill & Melinda Gates Foundation. The indicators are based on interviews with about 150,000 nationally representative and randomly selected adults age 15 and above in more than 140 economies.

This entry was posted in Allgemein and tagged access to finance, research. Bookmark the permalink.