So! Microfinance has no impact on poverty reduction?!?

This question has been discussed in many fora and is definitely an important one for donor organisations justifying their funding of microfinance projects and programs. Daniel Rozas, a microfinance consultant based in Brussels, Belgium, wrote a blog in February 2014 “Microfinance is dead. Long live microfinance.” In this blog, Daniel presents the results of six randomly -controlled (RCTs) studies by Abhijit Banerjee, Dean Karlan, and Jonathan Zinman. David Roodman of the Center for Global Development (CGDev) in his book “Due Diligence – An impertinent inquiry into microfinance” only found the following result:

The average impact of microcredit on poverty is about zero….

This result is fairly disappointing considering the time and money the microfinance industry has put into delivering always more products, to always more kinds of clients, via an increasing number of different types of financial service providers. However, if you read Daniel´s blog, you will realize the number of caveats the RCTs of Banerjee, Karlan, and Zinman present.

How in February 2015, a new study was published “Where credit is due” by Innovations for Poverty Action (IPA) and the Abdul Latif Jameel Poverty Action Lab (J-PAL). The results of the seven randomized evaluations from around the world are not very different and show that  microcredit “does not have a transformative impact on poverty”, BUT it can give low-income households freedom in optimizing they ways the make money, consume, and invest.

The studies were conducted between 2o03 and 2012, cover products tested in seven countries spanning four continents and a wide range of contexts and borrower types. Taken together, they seem fairly representative of the global microcredit industry. Researchers partnered with eight relatively large MFIs to conduct randomized evaluations of one or more of their products:

In all seven studies, the MFI extended microcredit to randomly assigned individuals or communities who had not borrowed from it before. Four of the five studies that randomly offered microcredit across an entire community (in Ethiopia, India, Mexico, and Morocco) incorporate potential spillover or displacement effects on nearby businesses and measure the impact of microcredit expansion on the community as a whole. 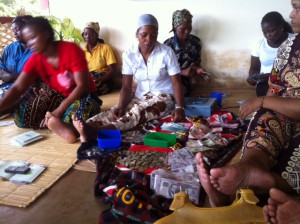 The results were not so far off the study presented in 2014:

Demand for microcredit products was modest. In Ethiopia, India, Mexico, and Morocco, when MFIs offered loans to eligible borrowers, take-up ranged from 13% to 31%, which was much lower than partner MFIs originally forecasted.

Expanded credit access did lead some entrepreneurs to invest more in their businesses. In Bosnia and Herzegovina and Mongolia, access to microcredit increased business ownership. All but one study showed some evidence of expanded business activity, but these investments rarely resulted in profit increases.

Microcredit access did not lead to substantial increases in income. Despite some evidence of business expansion, none of the seven studies found a significant impact on average household income for borrowers.

Expanded access to credit did afford households more freedom in optimizing how they earned and spent money. Six studies suggest that microcredit played an important role in increasing borrowers’ freedom of choice in the ways they made money, consumed, invested, and managed risk.

There is little evidence that microcredit access had substantial effects on women’s empowerment or investment in children’s schooling, but it did not have widespread harmful effects either. Microcredit did not lead to increases in children’s schooling in the six studies in which it was measured, and only one of the four studies that measured women’s empowerment found a positive effect. Across all seven studies, researchers did not find that microcredit had widespread harmful effects, even with individual-liability lending or a high interest rate.

Interesting! I was never really convinced that microfinance would alleviate poverty, but just the fact that it made people´s life easier was for me already motivation enough. However, these seven studies mention that the demand was low and that I find surprising.

I am not convinced that these results should change any behavior or future decision-making of policy makers. A functioning financial system which serves everybody is definitely a goal in itself and will have an impact on a country´s economy.

For further reading, please have a look at:

Crépon, B., Devoto, F., Duflo, E., & Pariente, W. (2014). “Estimating the impact of microcredit on those who take it up: Evidence from a randomized experiment in Morocco,” American Economic Journal: Applied Economics, vol 7(1).