Some were laughing and thought I was crazy, some got really angry at me for asking an obvious question, others wanted to better understand the underlying strategy. 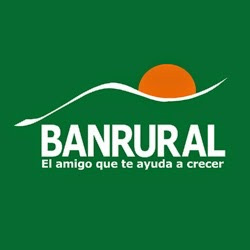 And for me the topic is almost personal. I spent 3 years as Managing Director with Procreditbank Congo in Kinshasa. A job during which I probably learned the most about microfinance operations, which many times pushed me out of my comfort zone, and which let to get me know an amazing but crazy country. I saw how good Procredit is, at what they do, and it hurts me when they start selling their banks now. In my last blog in September 2014 on the topic I wrote about Ghana and Mozambique. Now it seems that the sales strategy is being continued in Latinamerica:

In both countries the sale would help Banrural enter agricultural lending and the authorities seemed quite happy.

From other sources I heared that Procredit was also in the process of selling their bank in El Salvador and are thinking about selling the ones in Colombia and Mexico. This would reduce the network to 14 institutions.

The last one was sold and then there were none….”

This entry was posted in Allgemein and tagged greenfields, Honduras, Latinamerica, Nicaragua. Bookmark the permalink.