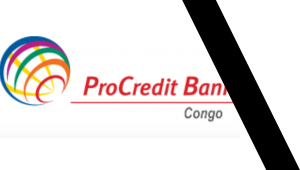 I am not sure if all of you remember my blogpost “Is ProCredit exiting Africa” in September 2014. Up to today this was my most-read blog which also stirred up many of my former colleagues and bosses at ProCredit Holding in Frankfurt. Well, at least one needed to ask the question which was an obvious one after having sold Angola, Sierra Leone, Ghana, and Mozambique. The only African ProCredit bank left at that point was the one in the Democratic Republic of C which I had been working for from 2008 to 2011. In December 2014, the topic became interesting once gain and I wrote “Twenty Little ProCredits…..”   talking about the first Latinamerican ProCredit Banks which had been sold to their Latinamerican competitors. Well, I guess now my horror became reality:

Equity Group Holdings Limited (“EGHL”) has entered into an agreement with ProCredit Holding AG & Co. KGaA (PCH), Belgische Investeringsmaatschappij Voor Ontwikkelingslanden N.V (“BIO”) and Stichting DOEN (“DOEN”) to acquire 79% of the issued share capital of ProCredit Bank Congo S.A. (“ProCredit”), a public limited liability company established in the Democratic Republic of Congo (“DRC”) as is being described in a press release . ProCredit is/was the leading bank in the SME sector in the DRC. The Bank

The Bank was well positioned for growth in the vast and resource rich country as the market scales up its banking penetration across the over 85 million population from current levels of under 4% towards the regions average banking penetration level of over 20%. A fellow blogger, Claudia Huber recently wrote about financial inclusion in the DRC.

Dr. James Mwangi, Group Managing Director and CEO of EGHL said the proposed acquisition of ProCredit , an SME focused bank in the DRC, provides Equity Group a great platform to further the Group’s growth objectives while extending its mission of financial inclusion across Africa. “We are excited about our entry into Sub Sahara Africa’s third most populous country through the investment in a fast growing, well established and highly regarded Bank. We see enormous scope for development in the DRC and, together with the well trained and dedicated team of staff at Pro Credit Bank, we look forward to actualizing the great ambitions we share for the DRC market” he added. Pro Credit Bank is an acknowledged leader in SME finance, innovation & transparency, human capacity and technological advancement in the market.

Equity Group intends to leverage on ProCredits’ strong business strategy, institutional capacity as well as its world-class risk management heritage to step up the Bank’s growth in its existing core sector of SME banking in the DRC while at the same time launch an aggressive drive to develop the largely underserved retail market segment drawing on Equity Group’s experience in Agency and other technology led innovative banking services. Procredit is also poised to benefit from the ongoing regulatory driven reforms in the DRC market including government led efforts to extend financial inclusion by requiring all public sector workers and state officials payments to be made through the banking system.

Evidently the last two paragraphs are cut-and-past from the press release. I did not feel like putting my opinion down. It is unfortunate that ProCredit is leaving. They are so good at what they do that they could have even conquered a country as vast as the Congo. But it definitely needs courage to experiment with banking agents (Procredit bank Congo already has a timid mobile banking solution) or other new business model to defeat the Congo.

Let’s hope that Equity will do the trick and finally bring the percentage of banked people into the double-digit range!