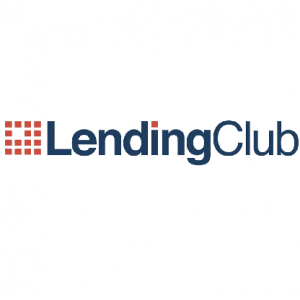 You might have already heard about Lending Club, Prosper, or OnDeck? In my initial understanding these online lenders offer loans more conveniently and with lower interest rates than a traditional bank, i.e., they provide access to credit to many who often have a light or no credit history. In 2014, USD 12 Billion loans were issued via online lenders representing only a fraction of the overall consumer and small-business lending market. But still! In addition, billions of USD of investment from hedge funds and other Wall street firms are flowing into These marketplaces , creating a seemingly endless capacity to extend more loans.  An article in the New York Times, “Pitfalls of the Unwary Borrower Out on the Frontiers of Banking” on September 13, 2015 presents the potential dramatic negative impact these loans can have. Who are these online lenders? These lenders only operate online and match borrowers with investors who buy up large chunks of the loans. Using the latest data and credit algorithms, the lenders can approve loans in a matter of minutes. Initially, the loans were highly recommended by consumer groups and regulators since they are low-cost,  have straight forward terms, and losses on these loans “seem” to be low. They are fairly similar to credit card debt, both are unsecure forms of credit, unlike mortgage or car loans normally being backed by real assets.

However, even though these loans are marketed as a way to improve people’s credit scores, the loans are often worsening people’s financial troubles. The whole lending process is happening online where borrowers are matched on an online “marketplace” with investors, like hedge funds, mutual funds, and even individuals who added their loans to their retirement portfolios (!!).  With increasing activity, marketplace lenders are even forming partnerships with the same banks they seek to disruptm smaller Banks are buying up marketplace loans as Investments, while others are offering co-branding loans with online lenders. Citibank is teaming up with Lending Club provide up to USD 150million in  loans to low- and moderate-income borrowers. 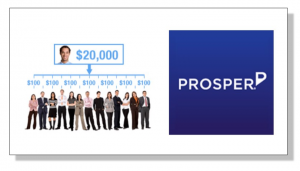 The lenders operate without some of the regulation that govern mainstream Banks (i.e., rules on how much capital has to be set aside to cover potential losses), however they do follow federal lending laws requiring disclosure of of loans terms and nondiscrimination , etc.

The marketplace companies themselves do not suffer losses directly if the borrower defaults which may embolden them to lower their credit Standards, according to Moody’s Investor Service which also warns of some similarities to mortgage lending in the period leading up to the 2008 financial crisis. According to e.g., Lending Club, their Proportion of bad loans is generally in line with credit card losses at mainstream Banks. Lending Club’s surveys reveal that the vast majority has had positive experiences iwth their loans, which carry an interest of 11,25%, compared to average credit Card interest rates of 15%.

Collection of loans seem to be a big issue for Clients. For example, online lender Prosper requires borrowers to provide direct Access to hteir bank accounts to deduct  loan repayment electronically. As a consequence, “strapped borrowers” pay their marketplcae loans ahead of other expenses.

The article presents a few stories of the one million AMericans who borrowerd from these virtual lenders:

Mr Mohamed Mansour, 2 kids, one household annual income of USD64,300, took out three loans in 19 months with different online lenders and owes USD31,600 to them. He closed his bank accounts since he thought it was the only way to stop lenders taking out their Money.

Mr Kim, linked the fact that it was not a bank. Like many other Marketplace borrowers, Mr Kim used his USD21,000 loan (9% annual interest rate) to pay down credit cards. The monthly debt payments are done electronically out of his account which “helps him to stay on Budget”. 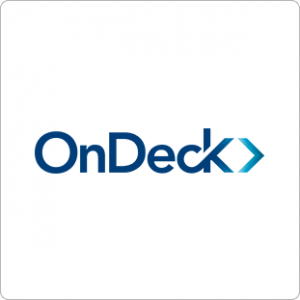 ok, I do see things clearer now. and I have to revise my initial agreement with these online lenders. For me, this smells a lot like the next “mortgage crisis”, but this time even uncollateralized and targeting already low-income borrowers. At the same time I am a little surprised that these lenders are not at all considering repayment capacity in their loan assessment and that Investors are completely confidnt that their loan analysis is sound.

To a certain degree I am also surprised that people take on so much debt almost knowing that they will not be able to repay it.