What is a typical smallholder in Tanzania? 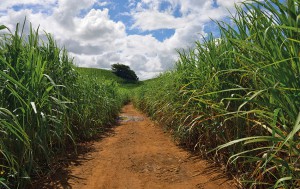 Financial Sector Deepening Trust–Tanzania (FSDT) and the Consultative Group to Assist the Poor (CGAP) conducted a nationally representative survey of smallholder households In Tanzania between August and September 2015. I am spending currently a lot for time on how to best finance smallholders and think that the results of the published report have not received sufficient attention from the microfinance industry. Especially when thinking about financial inclusion,  70% of Sub-Saharan Africa households depend on agriculture, most of them are unbanked, and most are smallholder farmers!

But what or who is a smallholder farmer?

Unfortunately there is no universally accepted definition of a smallholder, however, based on the CGAP/FSDT report it seems that there are some main characteristics at least when considering the Tanzanian smallholder  farmers:

…Present a mature and seasoned population. Tanzania’s smallholder households are led by farmers who have worked in agriculture most of their lives. The Tanzanian smallholder population reflects a more mature, older generation, where heads of households are more likely to be aged 50 or older (41 percent) than they are to be under 40 (36 percent). The proportion of younger smallholders (under 30) is much smaller, and there are relatively few newcomers in the agricultural sector.

…Are often married or cohabitating. Three-quarters of smallholder household heads in Tanzania are married or cohabiting, and about one-fifth are divorced, separated, or widowed. The gender of the head of household differs by marital status; men lead married homes, while women lead divorced homes, and are nearly as likely to lead single homes.

…Are often poor. A majority of households fall below the poverty line. Smallholder farming households live without much of a cushion to absorb additional expenses. Roughly two-fifths of all smallholder households typically do not have enough money for food, and another two-fifths have money only for food and clothes. This is mainly because smallholder households farm for subsistence, and the little money earned from selling what they grow goes to buying the food that is not available or things to cook the food with, further relegating other basic needs and luxuries.

…Cultivate a relatively small plot of land. Some governments define smallholders solely by their landholding size. The range differs greatly across Asian and African countries, from a maximum of 2.5 hectares in India up to a maximum 46 hectares in Malaysia. Research shows that smallholder farmers in Tanzania dominate the agricultural sector, with average farm sizes being between 0.9 and 3.0 hectares; they cultivate 5.1 million hectares annually, of which 85 percent is food crops.

…Often own their land (at least in Tanzania). Smallholder farmers in Tanzania typically individually own their plots of land, either through a lease or certificate, or under customary law. Half (49 percent) own by lease or certificate. The size of this group makes them good candidates for financial services, especially loans, because they have documentation of assets to borrow against. Roughly two-fifths of these farms fall under customary law, which means there is usually no official documentation of ownership. State- and communally owned farms are in the minority, and are mostly concentrated in the Dar es Salaam region.

…Depend on agriculture. Most families consume what they grow, trade goods for other necessities, and sell their crops or livestock for income. Still, despite the various uses of their agricultural production, smallholder households often fall short of their monthly income needs. Most households live at or below the poverty line, and many live in extreme poverty.

…Grow limited number of crops. Smallholders in Tanzania tend to grow a limited number of crops. This lack of diversity can be a significant risk because families end up depending on a single crop that is likely to be abundant in the marketplace and is priced low. In Tanzania, 63 percent of smallholders grow only staple crops, while only 1 percent grow only cash crops. Thirty-seven percent of smallholders grow both types. Maize is the most commonly grown staple crop, followed distantly by beans, cassava, sweet potatoes, and rice. Only small percentages grow cash crops, which tend to be sunflower, sim sim (i.e., sesame), coffee, cotton, cashew nut, and sugar cane.

…Have a positive outlook on life. Despite limited means and economic vulnerability, most report they have aspirations for a better life (94 percent) and are looking for opportunities to improve their current situation (88 percent). This suggests a proactive rather than a reactive approach to their lives. Fewer farming households in Tanzania take a more passive approach, believing it is not wise to plan too far ahead because their luck might factor more heavily into future outcomes than their own planning (74 percent).

In Tanzania, maize stands out as the most important crop for smallholders. The over-dependency on maize is also seen in terms of consumption and as a source of revenue. Many smallholder farmers grow maize because it is easier to store, convert to food, and sell than other crops.

…Want to be farmers! Consistent across smallholder households in Tanzania, farming emerges as a life choice and part of an identity, which can give some insights into the motivations of this population, despite its dire financial state. Ninety-seven percent of smallholder farmers intend to keep working in agriculture. This intent is consistent across tenure in farming and both genders. In fact, roughly eight in 10 of the newest smallholder farmers (farming less than two years) believe they will continue farming. Their dedication to agriculture is high despite their financial situations. Nearly all (97 percent) of those who self-report they “don’t have enough money for food” (even though it might be the farm that feeds the family) want to continue working in agriculture.

For those interested in the methodology, questionnaires and the different microdata of this survey, please visit the worldbank data website.

There is also additional information on the CGAP website about their work on smallholder farmers:

Stay tuned for information on how smallholders manage their expenses.. also from the CGAP report!